Minecraft is an independent video game that was originally created by Swedish programmer Markus "Notch" Persson and later developed and published by Mojang. The game allows players to build constructions out of textured cubes in a 3D procedurally generated world. Other activities in the game include exploration, resource gathering, crafting, and combat. The game is available on Microsoft Windows, OS X, Linux, and Android.

Minecraft gameplay centers around breaking blocks to obtain items and resources. These items can then be used to build various types of structures. The game world is essentially composed of rough 3D objects—mainly cubes—representing various materials, such as dirt, stone, various ores, water, lava, tree trunks, etc. The player can remove these cubes from the environment, either individually or in groups, and place them elsewhere. This allows players to create structures, buildings, and even whole cities.

Minecraft is a game that can be played multiple times. The replayability stems from the fact that players are not limited to a particular set of goals, and that they may choose to pursue different objectives. 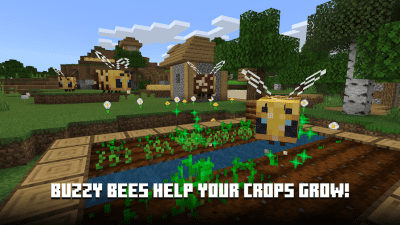